THESE Disruptors Went TOO Far--But How The Media Reacted Is The REAL Problem!

The Trump supporter charged with assaulting a disruptor at an Arizona rally is much more than the 15-second version video the mainstream media wants to play.

Initial videos ONLY show the violent altercation between this Trump supporter and these rally disruptors walking up the stairs, but when you watch THIS video you can see there's much more to the whole situation.

The passionate pro-Trump crowd was subject to this outrageous protestor wearing a Ku Klux Klan-like hood and giving a Nazi salute. 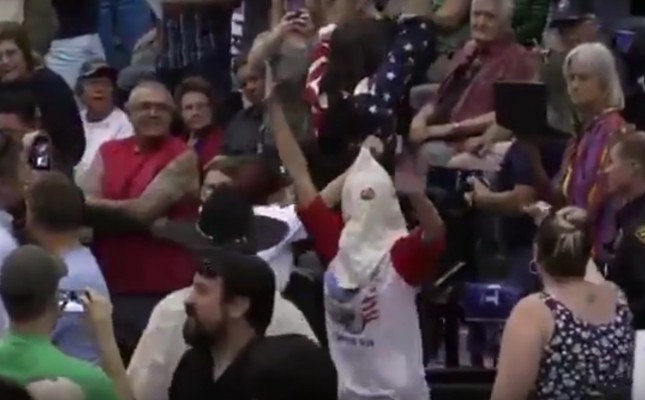 Arizona's primaries are set for March 22, and Trump supporters are not letting the media's misrepresentation of them derail the Trump train!

Share to show you support democracy and the right to rally without lewd protestors.