Joy Behar Feels Sorry For Melania Trump: 'She Had To Sleep With Him Once' 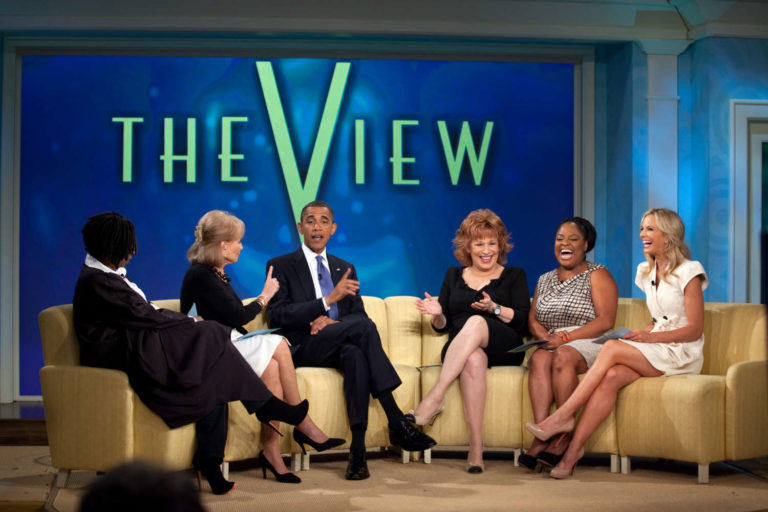 The View host Joy Behar stepped away from her chair at ABC to chat with Seth Myers. Behar didn't hold back with the Trump jokes saying that she's on the naughty list which is like being on "Nixon's Hitlist."

She went on to tell Myers about her numerous encounters with the President where she made fun of his hair which got her in a bit of trouble. But, the biggest slip of the tongue came when she spoke about Melania Trump saying that she feels sorry "she had to sleep with him [Trump] once."

"At least once she did. And then when she was in New York and we had to pay a million dollars a day to keep her here because she doesn’t want to sleep with him, we have to pay for that. I didn’t like that,” Joy continued.

Behar interviewed Melania back when she hosted her own show on HLN. She told Myers that Melania came on to promote her jewelry line but that didn't stop her from grilling the future FLOTUS about her husband. Behar came after Donald and his wife by criticizing them for taking part in the birther movement which suggested that President Obama was not born in the United States.

"This is what you're tweeting? Dude, you really need to get your act together," said Goldberg on The View.

Goldberg and Joy can joke all they want but they can't deny that they both have a direct relationship with the President. They've had plenty of nice moments with him when he visited their set and Joy even attended his wedding! Like many famous faces, Behar has turned her back on Donald because he's left Hollywood for Washington. Liberals will ultimately never be satisfied with politicians.

Liberals will ultimately never be satisfied with politicians. These Trump comments are coming from the same people who praised Obama then bashed him as soon as he entered office!

SHARE if you think The View should back off Trump!