It's no secret that Hollywood blames Trump for just about every problem in the United States. But, recently, one Hollywood star really exaggerated Trump's effect on the world by hinting that he's to blame for “mother nature’s rage and wrath.” 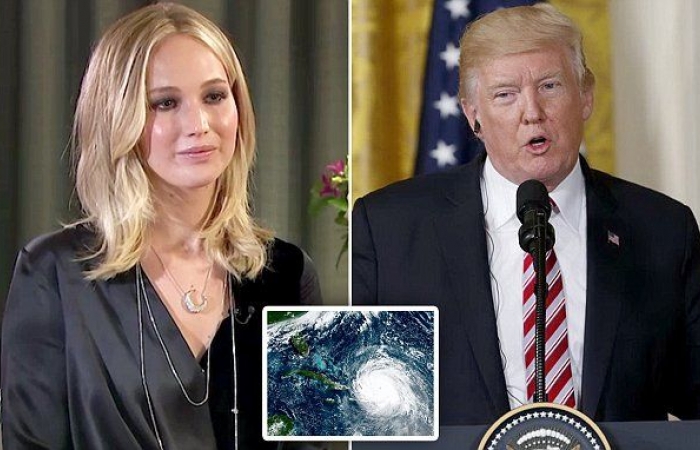 During an interview for her new film 'Mother', actress Jennifer Lawrence touched on world politics and climate change saying that she's getting “an end-of-days feeling.”

"You know, it’s this new language that’s forming. I don’t even recognize it. It’s also scary to know that climate change is due to human activity, and we continue to ignore it, and the only voice that we really have is through voting,” said the 'Hunger Games' star.

Lawrence continued to say express her shock over America's choice saying that Trump's win was "was really startling” then adding that it has made her sick and confused. "I don’t find him confusing. I think I know exactly what he is,” Jen clarified.

“You know, you’re watching these hurricanes now, and it’s really hard, especially while promoting this movie, not to feel Mother Nature’s rage and wrath,” she said suggesting that perhaps Trump's win disrupted the world's climate.

She's known for being America's sweetheart. But, this popular actress is starting to lose her lovely girl-next-door attitude in a post-Trump world. She started her angry rhetoric with Trump during the election while speaking to talk show host Grham Norton. During the interview, she noted that if she ever ran into the President she would simply say, “Hey, Trump, f--- you!”

At the time, Jennifer also said that if Trump should win it would be the end of the world. Well, Jen, the world may seem like it's coming to an end to you but for many American's it is still turning.