Roseanne: I Don't 'Give A F***' What Haters Have To Say About Trump

There aren't many Trump fans in Hollywood. Still, one of the biggest celebrity Trump supporters has a strong message for all the haters out there. 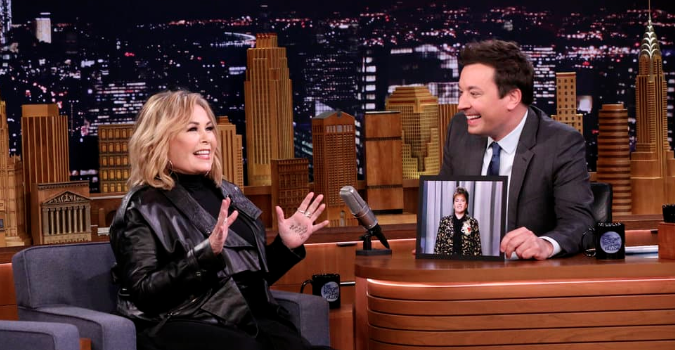 Self-proclaimed Trump lover Roseanne Barr told Jimmy Fallon that she doesn't "give a f*ck" what people say about her allegiance to the President.

Judging by the show's ratings, not all Trump haters "give a f*ck" about the characters Trump fever. Fallon congratulated Barr on the ABC show premiering with 20 million followers. But, a confident Roseanne was quick to correct him saying, “Um, 27 million.”

"This is America, it’s a free country, and when you weigh it all together, I just felt like we needed a whole new thing. All the way."