President Donald Trump has stepped in to help Sarah Huckabee Sanders following her run-in with hecklers at a Virginia restaurant. Trump has called upon the Secret Service to watch over Sarah and her family until the chaos settles. 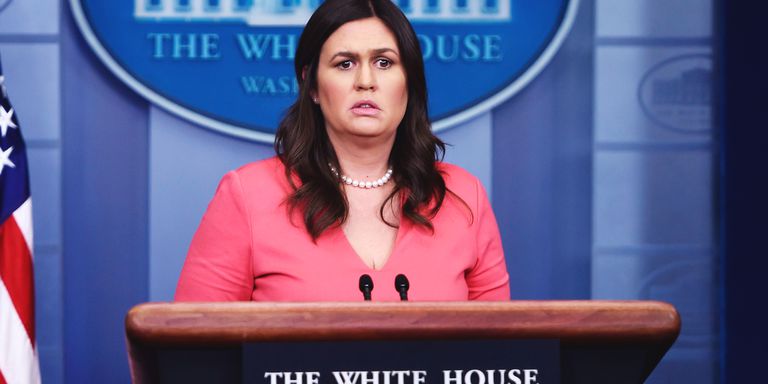 Sarah is the center of attention in Washington after she experienced what is being referred to as the “Red Hen controversy.” The Press Secretary was refused service and asked to leave the Lexington farm to table restaurant causing an uproar in the small town.

Trump supporters have rallied behind Sanders and called for a boycot of the restaurant. The owner of the Red Hen, Stephanie Wilkinson, told The Washington Post that she doesn't regret her decision and would kick Huckabee out again if she had the chance.

“We just felt there are moments in time when people need to live their convictions. This appeared to be one,” said Wilkinson.

She continued to express that Sanders was not welcome because of her views on not allowing gays and transgender people in the military.

The Press Secretary tweeted her feelings about the exchange saying, "Healthy debate on ideas and political philosophy is important, but the calls for harassment and push for any Trump supporter to avoid the public is unacceptable."

Huckabee is not the only Trump official to be thrown into sketchy situations with the anti-Trump movement. Throughout the campaign, Kellyanne Conway was required to have security at all times. Furthermore, Mitch McConnell and his wife, Transportation Secretary Elaine Chao, were confronted by protestors while leaving a Georgetown dinner. Secretary of Homeland Security Kirstjen Nielsen was also approached by hecklers at a Mexican Resturant.

Let us know what you think about the threats that are being made against Trump supporters. Do you think security is the answer?