Trump has been in office for a year now and yet there are still some news outlets spreading rumors that Melania once served as an escort.

A magazine from Melania's very own home country of Slovenia issued the apology regarding an article from back in August of 2016. 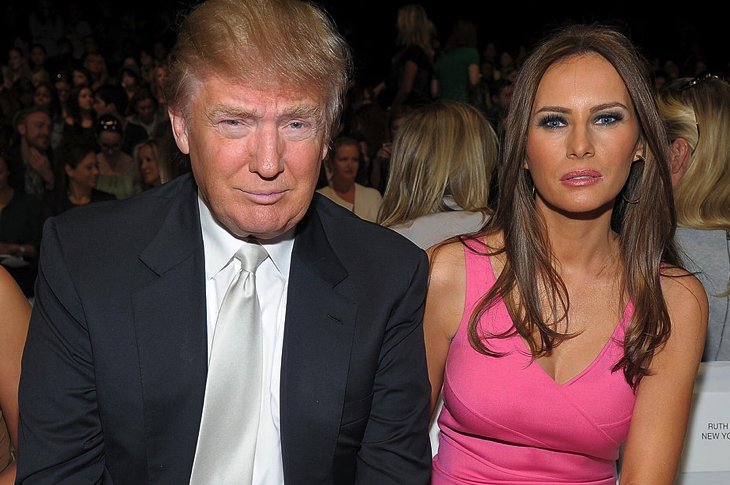 The Suzy women magazine claimed that it "was understood as if Melania Trump conducted the escort job. We have no proof for that. So we apologize. We had no intention to hurt and offend Mrs. Trump." Flotus and the President weren't shocked by the falsehoods coming out of the U.S. press. However, such claims from reporters in the nation that typically praises their hometown girl has been quite a shock and upsetting trial for the Trumps.

Since becoming First Lady, the people of Slovenia have shown an immense amount of appreciation and love for Melania. Her little town of Sevnica, where Melania grew-up, has even become a tourist spot praising Mrs. Trump by selling merchandise and souvenirs including Flotus wines and cakes.

Flotus triggered the apology by hiring a Slovenian lawyer to file a libel lawsuit against the magazine. The apology came along with an undisclosed sum in an effort to respectfully mend the situation. Suzy magazine wasn't the only publication to run with the story during the height of Trump's campaign an appointment. Almost all of the major U.S. publications ran some variation of the rumor which was sparked from the claim that one of her former modeling agencies also employed "elite escorts."

Melania's supposed career as an escort predated her relationship with Trump. She apparently held the position in the 90s before meeting Donald at a party in 1998.

Flotus has not spoken directly about the lawsuit, however, her lawyer had this to say, “The fact that the case is closed is a proof that even in the future Mrs. Trump will not allow insults and lies on her account and will always react to protect her rights and interests.”