First Lady Melania Trump recently turned 48 years old and the President's gift to her has some people questioning his devotion.

Donald admitted that he was only able to give Melania a card for her birthday this year. He cited his busy schedule which included the welcoming of the French Prime Minister and his wife to the White House. 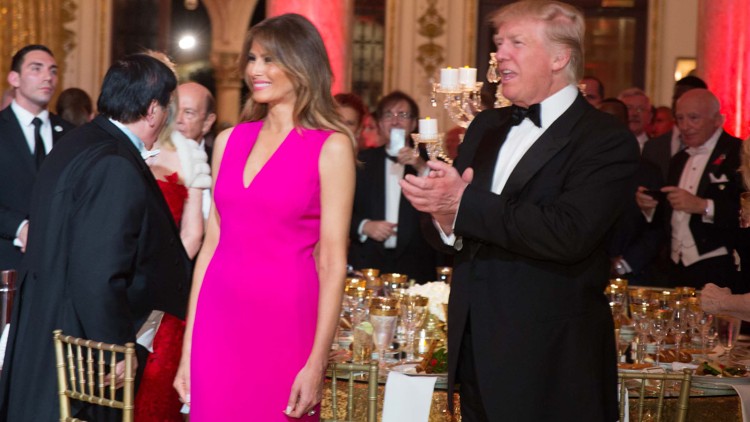 Trump talked about the present, or lack thereof, on Fox & Friends. When the President was asked about the gift he had this to say, "Well, I better not get into that 'cause I may get in trouble. Maybe I didn't get her so much." He followed the comment up with a bit of a chuckle saying he got her "a beautiful card and some beautiful flowers."

"You know, I'm very busy to be running out looking for presents, OK?" Trump said.

Donald is notoriously the busiest man in the world at the moment. It's rumored that he only sleeps three hours a night. Whether he's watching the news or signing bills, we're not exactly sure. Either way, it's also no secret that his wife is just as busy as he is these days.

Of course, Donald is being judged by many people for his gift. But, the only people who actually know how Melania felt about the gesture are Donald and Melania herself. Maybe the couple decided not to make a big deal because they were both burnt out? It's not unheard of for many couples who have been married for decades to let some birthdays or holidays slide by. Also, we're not sure what Donald has planned for her in the future and what he might not have revealed to the press.

Mr. Trump did note that his wife "did a fantastic job with France. The people of France were just spellbound by their great president who just left. Emmanuel."

Let us know what you thought of Trump's gift? Was it the "thought that counts"? Or, did the President drop the ball with this one?