Stephanie Clifford, the adult film star known as Stormy Daniels, claims that she was paid $130,000 during the 2016 election to keep the affair a secret.

Clifford told Slate magazine that she and Trump started their affair after meeting at a golf tournament in Nevada. According to the Wall Street Journal, the supposed payoff was handled by Michael Cohen, a layer for the Trump Organization.

The New York Times suggests that the arrangement came after Clifford threatened to leak her story to Good Morning America. Cohen and the White House have denied that the affair and payoff ever occurred. Furthermore, they openly pointed out that the rumors have been around since 2011.

Cohen told the press that “President Trump once again vehemently denies any such occurrence as has Ms. Daniels.” He also released a signed statement from Ms. Daniels that said she did not have a “sexual and/or romantic affair with Mr. Trump many, many, many years ago.” 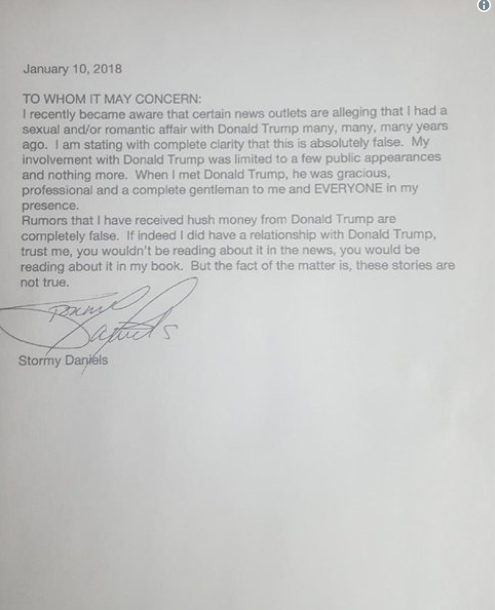 Despite the denials from the White House and Cohen, publishers are still suggesting that the story is true and Cohen was the first to leak it to Slate magazine editor Jacob Weisberg. The story has sparked attention given the popularity of the #MeToo movement in recent weeks. However, Stormy Daniels has made it clear in statements that Trump never abused her.

Do you think this story is true or just another tall tale from the mouths of fake news?