It turns out that Melania Trump is nearly falling over from the stress of the job but Donald is there to break her fall.

That's right, Melania actually tripped as she headed to Marine One to fly to an opioid crisis summit in Manchester, NH. Press video captured the President grabbing his wife just before she fell on the front lawn of the White House. Surely, FLOTUS wouldn't have been happy with that tabloid pic! 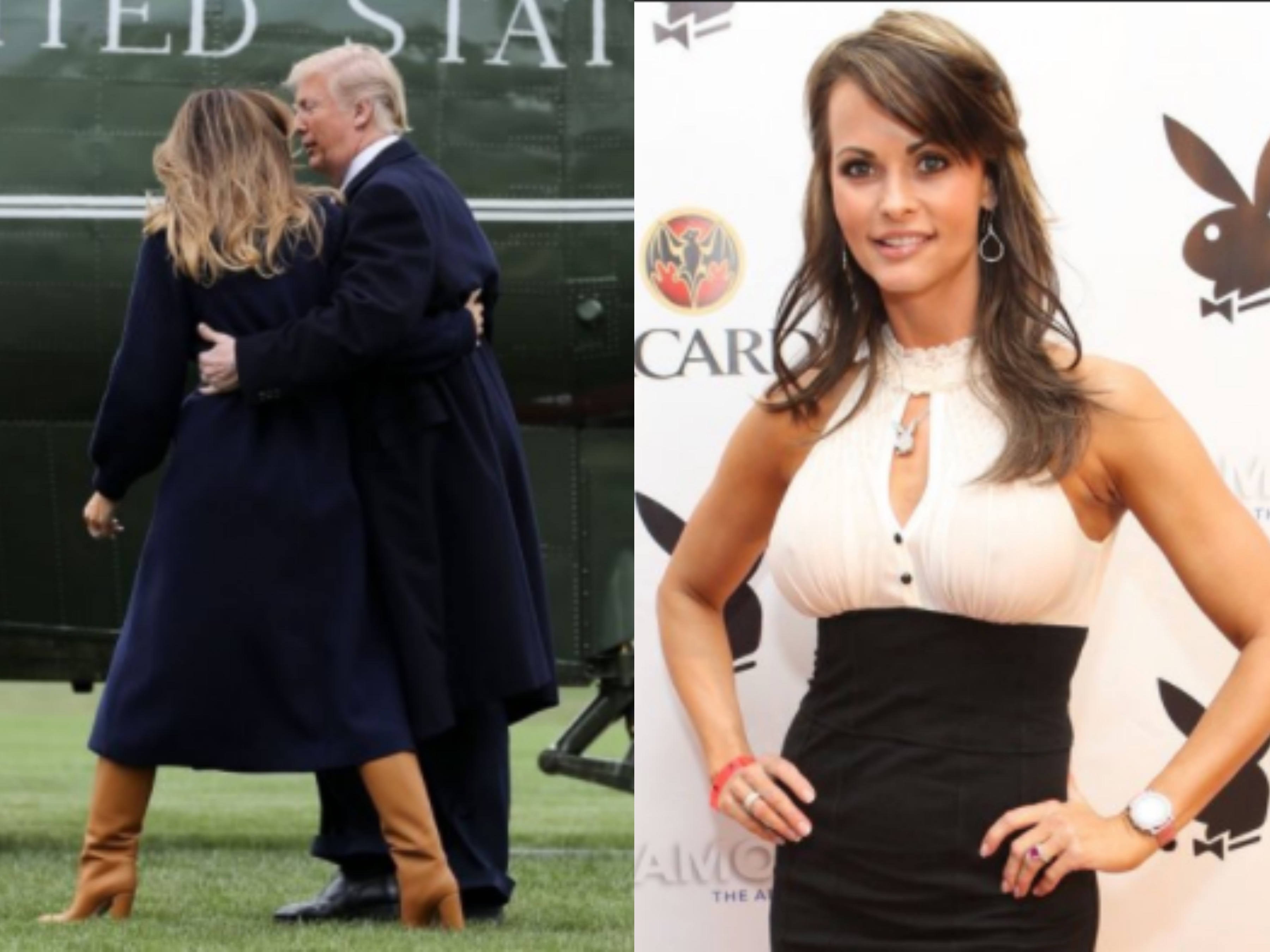 The snapshot of the couple embracing each other comes just after a former Playboy Playmate told reporters she had an affair with the President. Karen McDougal is suing American Media Inc., which paid her $150,000 for her story. But, due to an alleged 2016 confidentiality agreement with Trump lawyers, she is not allowed to tell the tale.

This isn't the first time that Donald has faced such rumors. Stormy Daniels has made massive headway with her accusations that she was also paid to hide her affair with Donald. Trump's lawyer Michael Cohen admitted to making the deal with Daniels but noted that her violation of the agreement could result in a $20 million penalty.

Both women have stated that the relationships were consensual. However, Mr. Trump has denied that the affairs took place.

The rumors of the affairs have boosted speculations that the First Couple is struggling with their marriage. However, more and more photos of the couple embracing each other have been hitting the press. Despite the truths or non-truths behind the affairs, it looks like Donald and Melania are working through the ordeal together.