Since Donald entered the 2016 Presidential campaign, the paparazzi and internet trolls have done nothing but attack his marriage.

Almost every week, another body language specialist sells their opinion to a magazine claiming that photos of the First Couple show that they're unhappy. The latest tale comes from a Hollywood Life article titled "Donald & Melania Trump Don’t Seem Like A Couple In New Pics, Expert Says: There’s ‘No Connection.’" 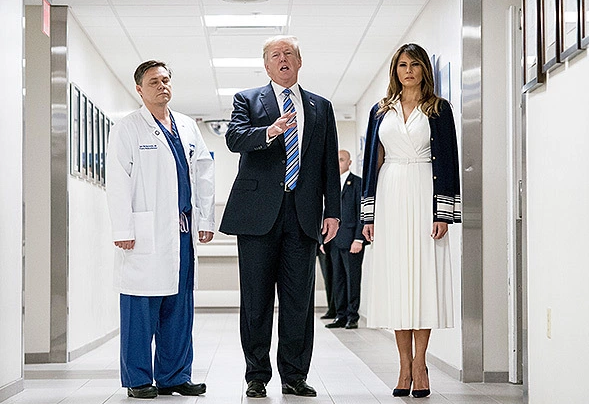 The article broke down the body connection between the First Lady and President while they visited Parkland shooting victims at a Florida hospital.

“Melania’s arms are close to her sides and her feet are so close together that they’re touching — you can sense the tension in her arms. This shows fear. We tend to keep our arms close to our sides when we are afraid,” commented Patti Wood to Hollywood Life.

Next Patti said that Donald doesn't even seem to be aware that his wife is by his side. In the article, there's no mention of the mood of the room and perhaps how it'd be inappropriate for the First Couple to be lovey-dovey while they comfort shooting victims. Certainly, both the President and Melania tried to bring a happy spirit to the hospital but at the end of the day, they were visiting because of a tragic event. It's not surprising that perhaps they were;t in the mood to hold hands.

Later that night, however, the couple was captured behind the scenes with no paparazzi or hired photographers around. What do the haters have to say about this recent photo? 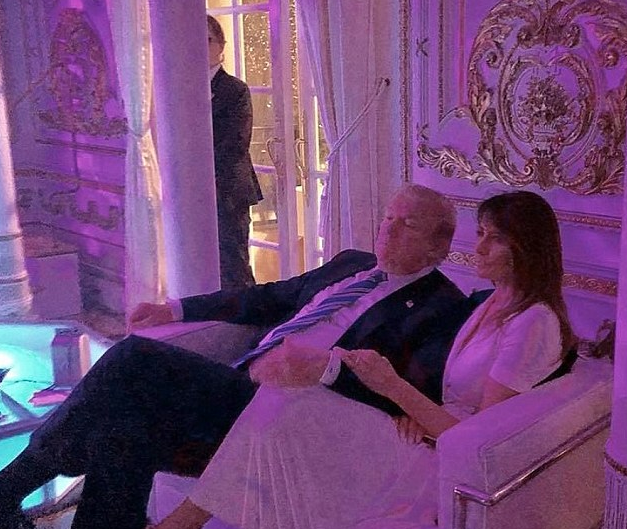 Melania and the President stopped off at a Mar-a-Lago party where they were spotted getting cozy on a couch. The First Lady was seen placing her hand on Donald's arm as he was reaching for her leg. Both of them were wearing the same clothing they had on at the hospital. Here, you can tell that the pair were very somber and comforting each other from the day. This snapshot finally proves that maybe the couple isn't having issues. Instead, they simply don't like to show their love in public. Not every couple is into PDA America!