Rumors about Orpah's presidential run have been around for decades. But, the rumors turned into near-reality following her beloved speech at the Golden Globes. Hollywood was convinced that once Oprah stepped off the stage she was announcing her campaign. They were wrong.

Oprah has said that she has no interest in taking on Trump because she doesn't have the "DNA" for politics. “I’ve always felt very secure and confident with myself in knowing what I could do and what I could not,” Winfrey said to InStyle Magazine. 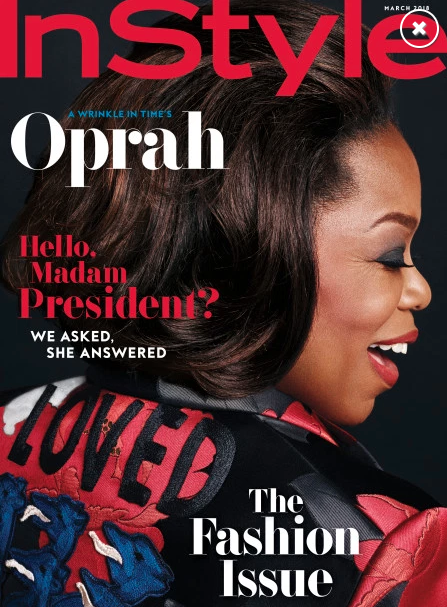 “And so it’s not something that interests me. I don’t have the DNA for it.” InStyle was one of the most confident publications rooting for Oprah after they put her on the cover captioned, “Hello, Madam President?”

Oprah did, however, admit that she's let the hype get to her head. “I met with someone the other day who said that they would help me with a campaign. That’s not for me.”

Trump has been outspoken about Hollywood's obsession with Oprah's run saying that the battle would be a lot of fun. Donald has known Oprah for years and even appeared on her show for an exclusive interview with his family. “I like Oprah. I mean, is that supposed to be a bad thing? I don’t think so.”

But, the President didn't shy away from revealing his opinion on the whether he'd win or not. “Yeah, I’ll beat Oprah,” said the President.