The New York Post is reporting that teachers around the country are still terrified to head to school because of Obama's lenient policies on school violence.

Barack's changes to school conduct made it harder for administrators to suspend violent students, even children who hit their teachers! 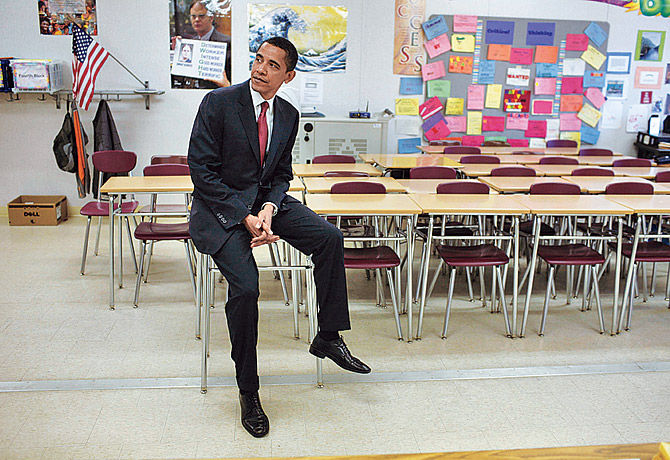 Peter Kirsanow, a black conservative from the US Commission on Civil Rights, noted that previously “If you hit a teacher, you’re gone.” But, after Obama that wasn't the case, he says. Apparently, the race-based discipline quotas in our nation’s schools are causing chaotic students to run rampant.

Today, some of Obama's supporters are backpedaling like Catherine Lhamon, who served as the Education Department's civil-rights chief. “No one has ever advocated for policies that make students or teachers unsafe,” said Lhamon.

John Ekblad, an educator attacked in 2015, says school violence “is still rising out of control.” Not much will change unless Trump is able to throw out Obama's policies. Money and quotas are driving administrators who have their hands tied.

“The district is not suspending students for fighting, theft, drugs and alcohol in an effort to show less students of color are suspended,” Ekblad said. He added that principals are paid upwards of a $2,500 in bonuses to drop suspension rates.

Trump education officials are meeting with professionals often to take steps towards fixing the policy. “It is important to put the debate about the safety of students and teachers to one side,” UCLA civil-rights professor Daniel Losen said. “Safety also includes protection from oppression and bigotry.”