Michelle Obama took her first solo trip to Canada for a sold-out speaking event with a couple thousand people in the seats. What was supposed to be a 45-minute conversation about female empowerment and education turned into a Trump roast with Michelle as the leader.

The event was hosted by The Economics of Equality: Advancing Women and Girls to Change the World in Toronto, Ontario, Canada. 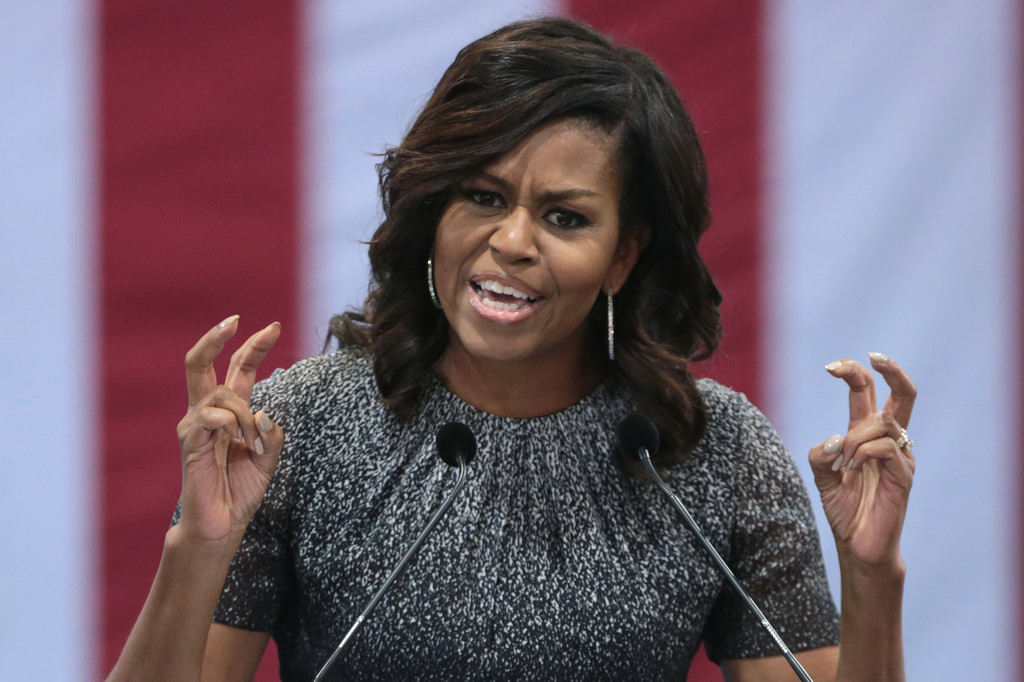 The Former First Lady was introduced by Sophie Trudeau before mocking Donald's recent tweets. Trump shouldn't “tweet from bed,” said Obama. She continued to say that it isn't a good idea to tweet the first thing that pops into your head in the morning.

“You don’t just say what’s on your mind. You don’t tweet every thought. Most of your first initial thoughts are not worthy of the light of day.”

Donald has received criticism lately for re-tweeting videos of crimes committed by Muslims in the U.K. Most of Trump's tweets make major headlines these days. However, this one has stood out from the rest and received direct criticisms from world leaders like Brittish Prime Minister Theresa May. Clearly, it's dicked off Michelle as well.

Trump's tweets weren't the only jabs that Michelle took at the President. She made tons of subtle comments that hinted at her disapproval of Donald's presidency. “One thing I’ve learned in politics. One person can’t make the change. Change is from the bottom up. Not the top down. And that’s a good thing,” said Obama.

The comment stood out to Trump supporters who felt that Michelle's husband did exactly what she was criticising. Barrack, like most Democrats, is known for trying to make major changes from the top down. He single-handedly forced the entire country to sign up for overpriced healthcare that has ultimately destroyed budgets for the middle and lower classes.

Obama wrapped up the event describing Twitter as a “powerful weapon that we just hand over to little kids.”