Melania Trump's ratings took a dive during the hot summer months. Much of the backlash came from her infamous "I really don't care do you?" jacket. Then, the First Lady underwent a surgery which put her in the hospital and kept her away from the cameras for months. 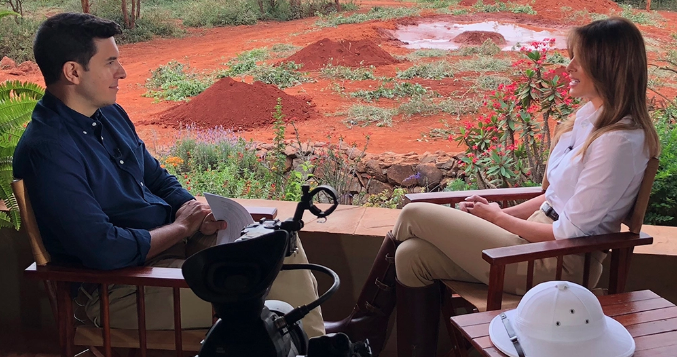 Now, the gorgeous Melania is healthy, happy, and touring the Africa with a wardrobe that's trending every single day! In fact, her tour is so popular that a CNN poll found her favorability ratings jumped from 51% to 54%.

At this rate, FLOTUS may get back to her highest rating of 57 - which she held in May of 2018 just before the jacket debacle. An ABC Exclusive interview also helped the uptick because of its hot topics like Melania's jack and her husbands affair with Stormy Daniels.

ABC News' Tom Llamas followed up by digging into the effect the rumors have had on FLOTUS and what the status of her marriage is today. Oddly enough, the normally private Melania gave Tom what he wanted with this:

Still, Melania's long anticipated quotes about Stormi Daniels aren't what made this interview so infamous. It was the First Lady's admittance of the real reason why she wore her "I really don't care" jacket that got peoples attention.

Back in June, FLOTUS and her team swore that the jacket had no hidden meaning. But, now she's changed her story and revealed that it was a message "for the people and for the left-wing media who are criticizing me. And I want to show them that I don't care." 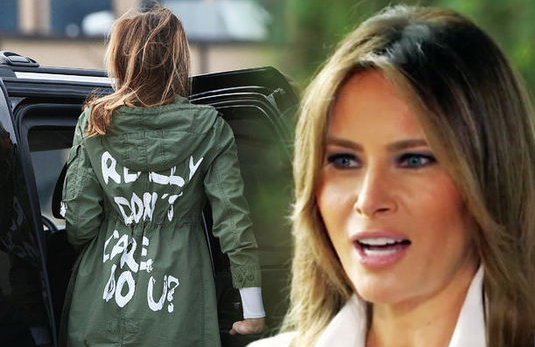 Melania even went on to say that she considers herself one of the most bullied people in the world. The comment wasn't accepted by all viewers. Some trolls bashed the quote claiming that it made her 'Best Best' campaign (a battle against cyber bulling) seem like a selfish mission.

As FLOTUS heads into the Holiday season, she'll be tossed in front of the cameras again and again. Will the uptick in ratings last?

Let us know what you think by commenting sharing, liking, or commenting on Facebook below!