Melania Trump Unveils Her Initiative To Fight Bullies Across America

Americans have waited over a year for Melania Trump to reveal her platform as First Lady of the United States. FLOTUS finally stepped in front of cameras to announce her "Be Best" campaign aimed at educating children on bullying and drug addiction. 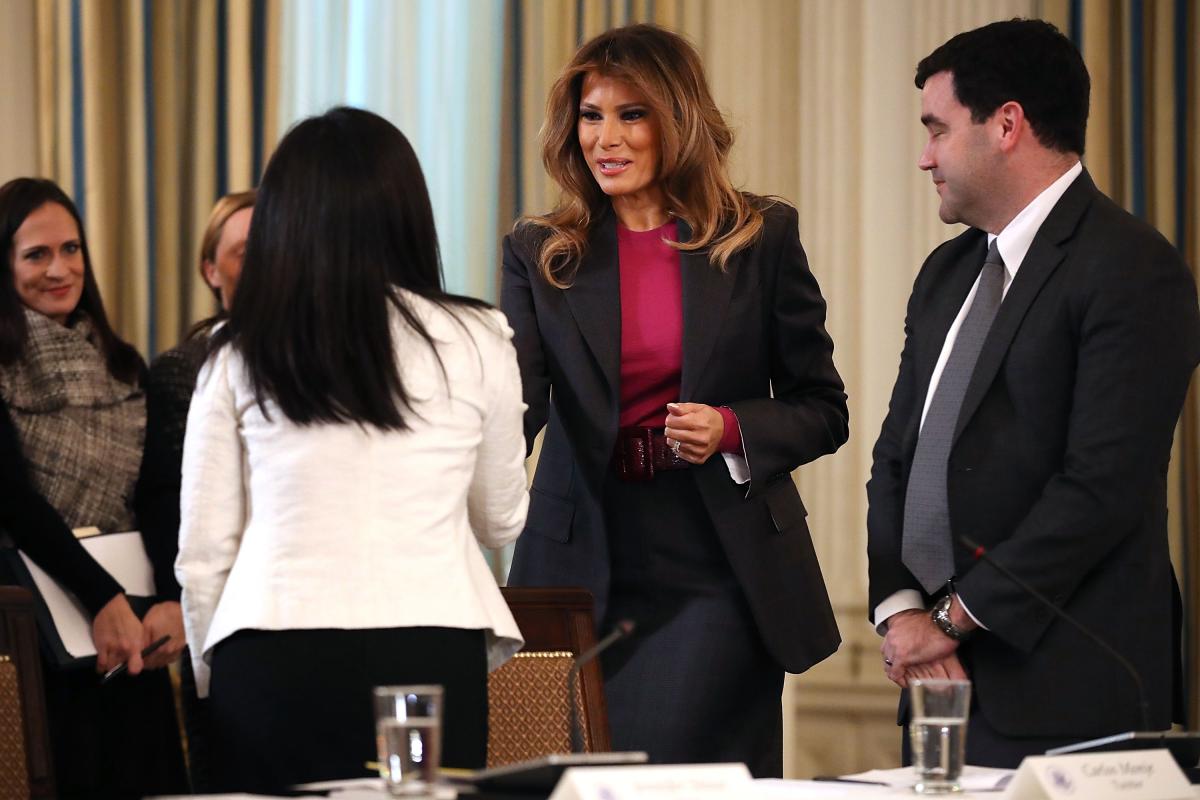 According to CNN, the program will specifically focus on three points -- well-being, fighting opioid abuse and positivity on social media. It's no surprise that Melania is ready to shut down cyberbullying given her long battle with internet trolls who've attacked her son Barron. The office of the First Lady addressed a number of issues in early 2017 in which members of the press and anti-Trumpers suggested that Barron was autistic.

"As a mother and as the first lady, it concerns me that in today's fast-paced and ever-connected world, children can be less prepared to express or manage their emotions and oftentimes turn to forms of destructive or addictive behavior such as bullying, drug addiction or even suicide," said Melania during her speech at the White House Rose Garden.

Melania's point-of-view is being questioned by some people in the media because of the President's controversial Twitter presence. Despite Donald's aggressive yet popular tweets, FLOTUS is certainly passionate about creating change. She's often admitted to having late night conversations with her husband where she encourages him to lighten his social media rhetoric. But, at the end of the day, she says she has to let her husband be himself and make his own choices.

The First Lady did not take any questions following her speech. Representatives from Google, Twitter, Facebook, Amazon, Microsoft and Snapchat all sat in the Rose Garden to listen to the speech. In March, the White House reached out to the tech leaders to see how they can unite with Melania to create change across their platforms. Judging by Facebook's recent legal troubles, they'll certainly be looking to make headway with FLOTUS and improve their public image.