Melania Trump Spoke Out Before Donald - Is She Gearing Up For A Fight?

Melania Trump's comments about the nation's opioid and riot problems have Americans wondering if she's gearing up for a fight to stop addiction and violence.

Until now, FLOTUS has focused mainly on her anti-bullying campaign and her philanthropy for children's hospitals. However, Melania has switched gears by speaking before Donald and the White House about the Charlottesville White Supremisits incident. 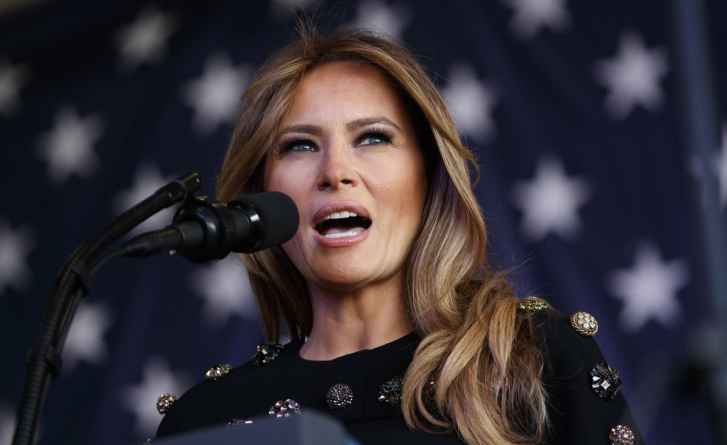 "Our country encourages freedom of speech, but let's communicate w/o hate in our hearts. No good comes from violence. #Charlottesville," FLOTUS said in a tweet after fringe groups caused Virginia to issue a state-of-emergency during a violent “Unite the Right” rally.

The white-supremacists were met by protesters which quickly escalated into a street brawl. Police officers were brought in to make arrests and disperse the violent crowd. Social media buzzed about the violence with far-leftists blaming Trump's office for igniting the extreme alt-right.

Donald followed Melania's tweet nearly an hour later saying, "We ALL must be united & condemn all that hate stands for. There is no place for this kind of violence in America. Let's come together as one!"

The President's words were welcomed by his followers, but the strong words from a typically shy Melania immediately hit headlines. There's no denying that both democrats and republicans are falling in love with Melania more and more as she becomes a symbol for the American dream.

FLOTUS also surprised fans by stepping into the drug war saying, "Opioids are destroying our youth/people. Mtg w @Potus & @SecPriceMD today to give my support to #STOPDRUGADDICTION."

Her comments came just after her husbands vague and controversial press conference about spending more money on the opioid epidemic. Perhaps, Melania is taking a note from Nancy Reagan who became known for her "War on Drugs" campaign. Given the Trump's numerous similarities to the Reagans, it's not surprising that Melania may mirror one of the most beloved Republican First Ladies in history.

SHARE if you support Melania Trump expanding her campaigns to change the nation to "Make America Great Again."