Former FBI Director James Comey has released his tell-all book and FLOTUS says that it is utterly underwhelming. 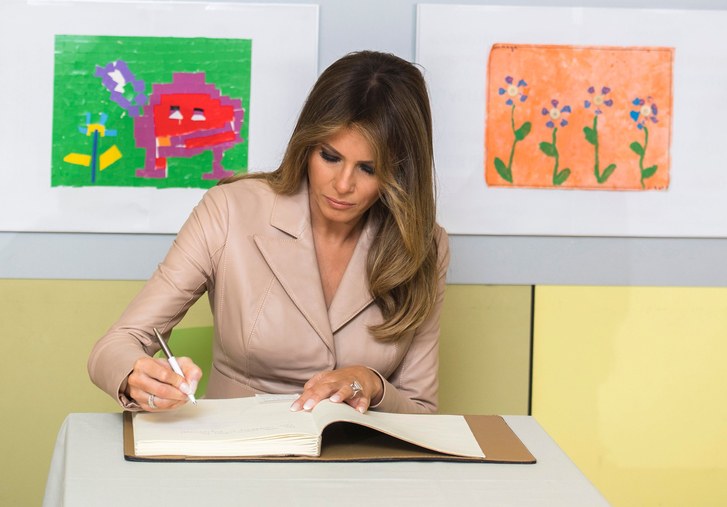 Melania Trump spoke with White House reporters and admitted that she received an advanced copy of the book because she “couldn’t wait to read it.” But, what some are describing as brutal, Melania is calling mild. That's right, the book that bashes her husband isn't remotely mean according to FLOTUS.

Mrs. Trump clarified her comments saying that she felt Comey's book wasn't mean because she's getting ready to release her own book that is “so much meaner.”

Comey is quoted saying that the President is "morally unfit" to the lead the country and he even compared Donald's family to the "mafia." Those words are considered pretty brutal in the political world. We can't even imagine what Melania is getting ready to say in her book!

FLOTUS gave reporters some hints saying that Comey was “was pulling his punches,” and “No one will say that when they read my book.”

Reporters were certainly shocked to hear that Melania was writing a tell-all. When asked about her process she told the press, “I am alone much of the time. That is ideal for a writer. And now, if you’ll excuse me, I must get back to my desk."

That sounds like one determined woman! Melania has remained pretty quiet during her time in the political spotlight. It looks like this First Lady has simply been playing the waiting game. There are no details on when the book will be released. But, it's safe to say that the world is going to know about it as soon as her tough message hits the page.

Let us know if you're excited for the release of Melania Trump's book!