Melania Trump returned to the public eye with a bang this week after her 26-day absence. FLOTUS stepped outside the White House looking beautiful following her kidney surgery in late spring. She wore a summery calf-length dress by Valentino to greet Queen Letizia of Spain. 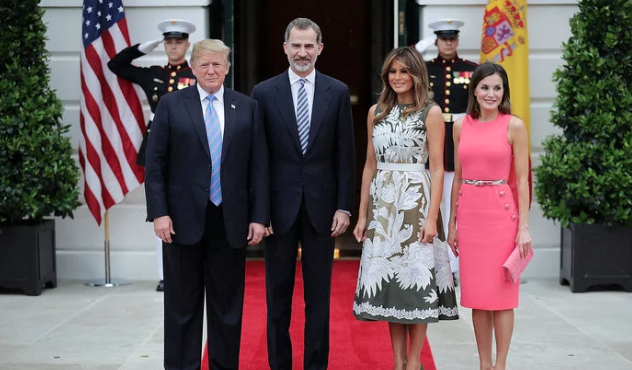 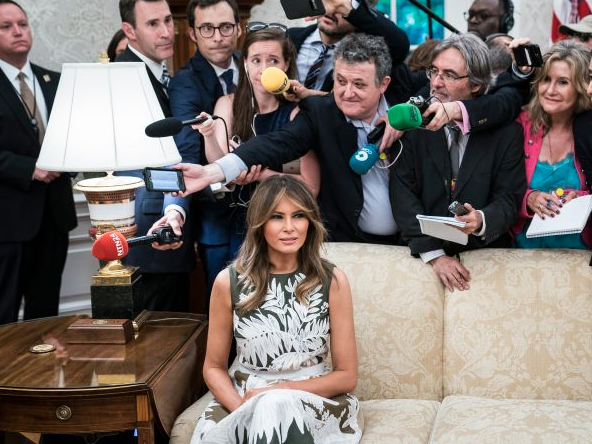 The ladies met for tea in the White House red room then joined their husbands in the Oval Office. Overall, Melania was in good spirits during the exchange. But, everyone is buzzing over her choice to sit all alone in the corner of Trump's golden couch.

The meeting comes just as the world is reacting to Trump's controversial immigration policies which are separating children from their parents as they cross the border. FLOTUS has joined many Republicans by stating that she does not approve of the situation which is putting children and families at risk. Her distance from her husband in the Oval Office meeting suggests that Melania may not be happy with Donald after this one.

"Queen Letizia & I enjoyed tea & time together focusing on the ways we can positively impact children," tweeted Melania. Earlier in the week, her team released this statement:

"Mrs. Trump hates to see children separated from their families and hopes both sides of the aisle can finally come together to achieve successful immigration reform. She believes we need to be a country that follows all laws, but also a country that governs with heart."

The President has begun to change his outlook on the border situation. He reportedly is set to sign "something" that will be changing the family separation policy.