It's that time of year again. Melania Trump and the President have opened up the White House gates to let trick-or-treaters load up on candy! Some came as little monsters, some as little princes and princesses, but they were all absolutely adorable. 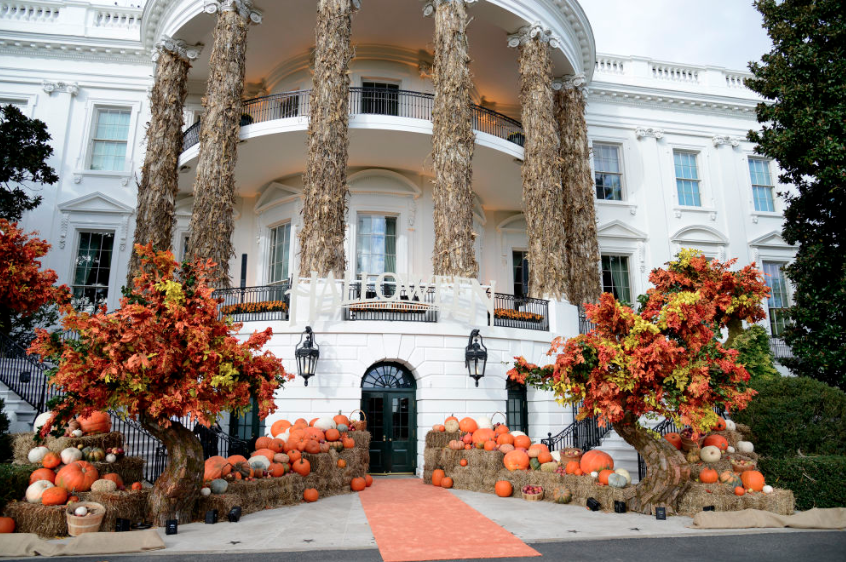 FLOTUS came out in a festive fall coat costing $4,000. Melania beautiful plaid look went perfectly with the fall foliage surrounding her and Donald. The White House staff didn't skip out on the Halloween decorations this year. Every inch of the front lawn has been filled with pumpkins, hay stacks, and corn stalks. 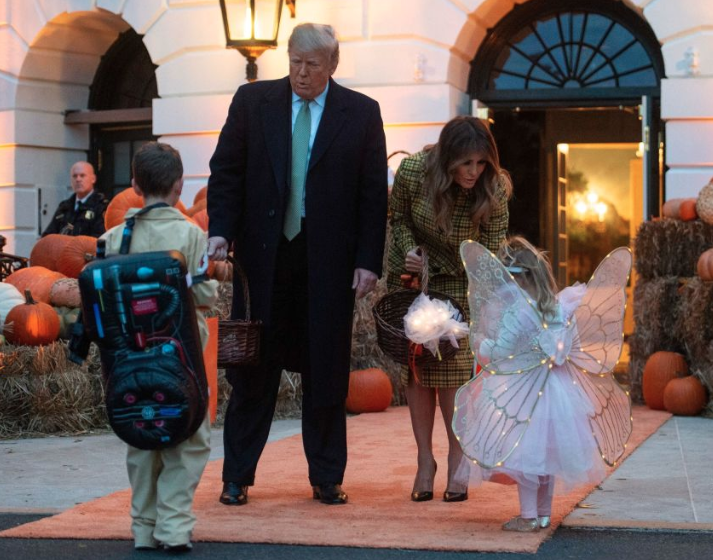 The first couple handed out twizzlers and Hersey kisses in signed orange bags. Dozens of children linned the grounds to meet the first couple including a patriotic Captain America, a heavenly angel, and even a scary Ghost Face from the 90's horror film Scream. 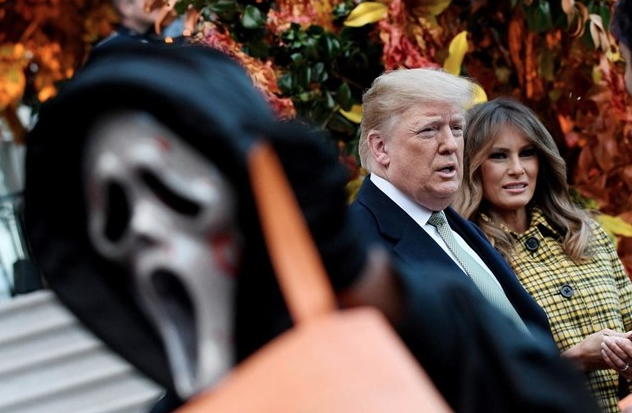 First Couple's have been welcoming Trick-Or-Treaters since the Eisenhower presidency back in 1958. The holiday has always been a favorite of the Trumps. Through the years, the couple has been spotted taking out their only son Barron for some Halloween treats. But, the most memorable Trump scare of course came in 2017 when Melania was spooked by a hungry dinosaur. 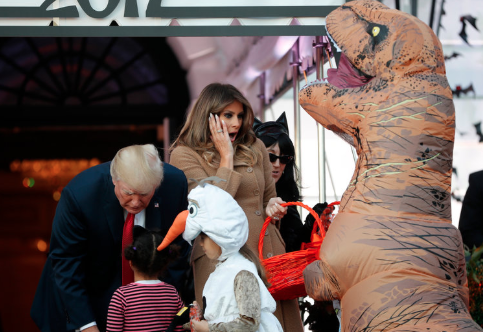 Earlier in the week, FLOTUS hosted children at the White House to watch the film "Wonder" in honor of her anti-bullying campaign. The film tells the story of a boy “Born with facial differences that, up until now, have prevented him from going to a mainstream school, Auggie becomes the most unlikely of heroes when he enters the local fifth grade.”