Melania Trump just can't catch a break! The media is now attacking FLOTUS for trying to keep her head warm in the Washington D.C. winds.

That's right, FLOTUS wore a beanie and the internet is going crazy. People claim that she made the fashion choice to cover up her "nightmare" hair that was spotted while taking off in Florida.

The wind blew her hair! That doesn't mean she is having a bad hair day. Sure, normally the First Lady manages to battle even the toughest wind and rain with perfectly blown dried hair. But, occasionally Melania does have a normal and human moment. Afterall, she is a human!

It's hard to believe that Melania would be so traumatized by the Florida photos that she'd want to avoid similar snapshots when landing in D.C. Certainly, FLOTUS has better things to think about on the two-hour flight home. 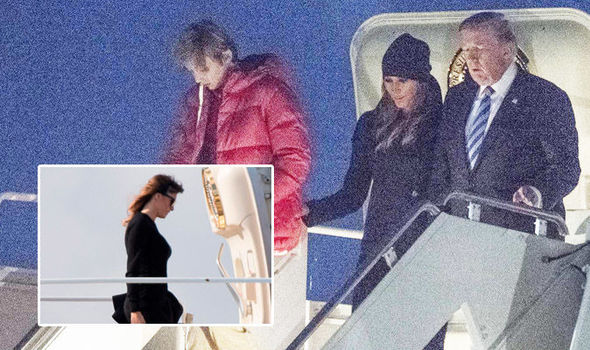 Sadly, when you're considered one of the most beautiful women in history you never get a moment's break from the critics. Even when Melania looks her best, there are headlines criticizing how she's trying too hard to look pretty.

The Trump's aren't strangers to headlines about their hair. Donald has always been attacked for his gold locks. Recently, his hair was also caught in the winter winds which caused the internet to go crazy over his bald spot. It's no secret that the President has a bit of a combover. The President and his family have admitted to it and often chuckle about it in interviews. So, who cares? The First Couple's looks shouldn't matter as long as they Make America Great Again.