Kellyanne Conway: 'If I Were Shot And Killed' People Would Applaud In Excitement

Top Trump adviser Kellyanne Conway appeared on "Fox & Friends" this week to discuss hateful rhetoric which has become quite terrifying for members of Trump's circle.

"If I were shot and killed tomorrow, half of Twitter would explode in applause and excitement. This is the world we live in now. It’s terrible," said Kellyanne. 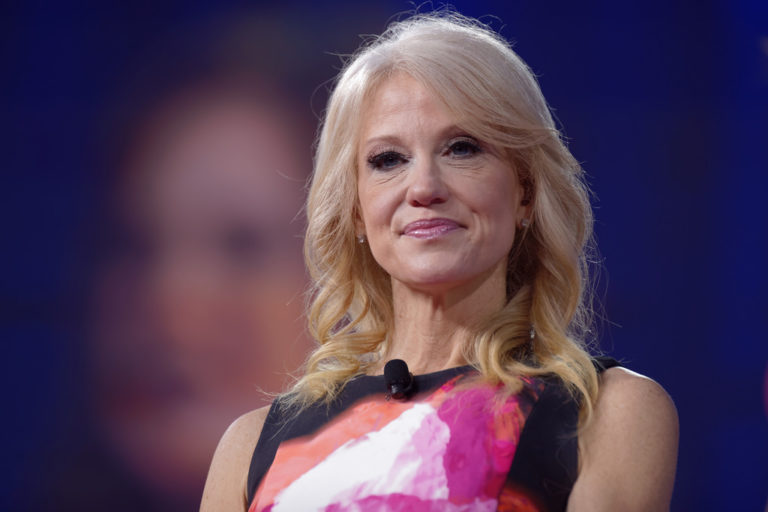 “It’s one thing to say I disagree with you on health care repeal or taxes or national security, but you can’t attack people personally and think tragedies won’t happen," Conway continued.

Some may take her words as a dark joke made simply to gain attention. But, in reality, it's truly sad that Conway's comment is partially true. First, America witnessed violent protests against Trump's campaign. Next, Hollywood liberals like Snoop Dog staged fake assassinations. Finally, the scary rhetoric hit too close to home when a gunman opened fire on a group of Republican congressmen in Alexandria, Virginia.

Since Trump has entered the Oval Office, his entire family and staff have run into absurd altercations with protesters. Ivanka Trump was harassed on a plane in front of her young children which forced her to abandon the flight. Later, she witnessed hundreds of liberals protest outside her D.C. home while her neighbors begged for them to leave. Even Tiffany Trump has felt the heat in her own way as members of the fashion community have shunned her from events.

There's no denying that the hostility needs to come to end. Conway, Republican leaders, and shockingly some Hollywood liberals are asking extremists to stop the social media trolling. Unfortunately, no one has come up with a plan to help bring trolls and instigators down.

Free speech is a gift that our nation protects deeply and Trump has continually shared his faith in that freedom. What needs to change is America's outlook on fixing problems. Threats and constant complaining won't help the nation. We need to take a hint from Trump's slogan and look back at when traditional values mattered. We need to remember that we are able to "Make America Great Again."

Take a look at Conway's interview and share if you believe the campaign to end Trump must stop.