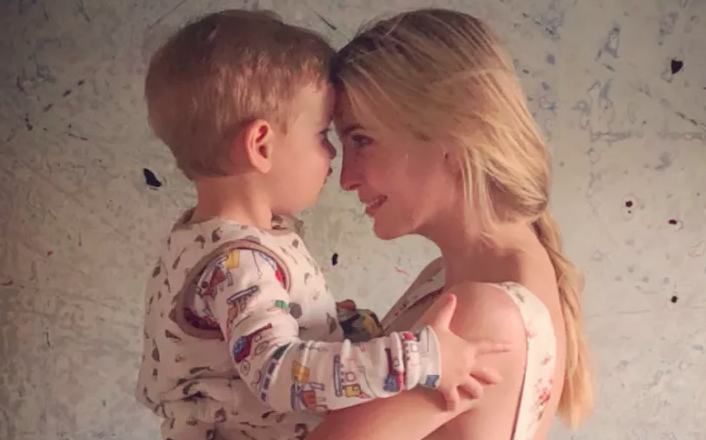 Every move that Ivanka Trump makes is under a microscope these days. The First Daughter can't even post a photo of her son without Trump trolls attacking her.

The mother of three is being criticized after she shared a photo of her hugging her little boy Theodore. Internet trolls used the photo to bring attention to the reported hundreds of children who were separated from their immigrant parents by U.S. border control.

Commenters called the photo of a mother and her child "offensive." One Twiter user asked, “How would your Sunday be if the federal government ripped this child from your arms and put him in a detention facility?”

Ivanka took the opportunity to turn the other cheek and quote philosopher Marcus Aurelius saying, “ ‘If thou workest at what is before thee, following right reason seriously, vigorously, calmly, without allowing anything to distract thee…If thou holdest to this, expecting nothing, fearing nothing, but satisfied with thy present activity according to nature… thou wilt live happy. And there is no man who will be able to prevent this.’ ”

Later, she told her 5.6 million Twitter followers that they need to "ignore the trolls!" It's unlike Ivanka to go on the offensive and call out the trolls directly. Attacks on her father are expected. Afterall, no President has ever been able to avoid scrutiny from the public. But, once her children are brought into the argument, Ivanka will not hide. You don't want to mess with a powerful woman and her kids!

The border control issue is certainly not black or white, but there's no denying that Ivanka isn't on the side of mothers around the world. She's tried to create policies to empower women in the workplace, including initiatives to create equal pay and increased maternity leave.