It looks like President Donald Trump won't be leaving the White House until 2024. At least that's what Moody's Analytics prediction model says, and considering it's been right every election since 1980 but once, it sounds promising. 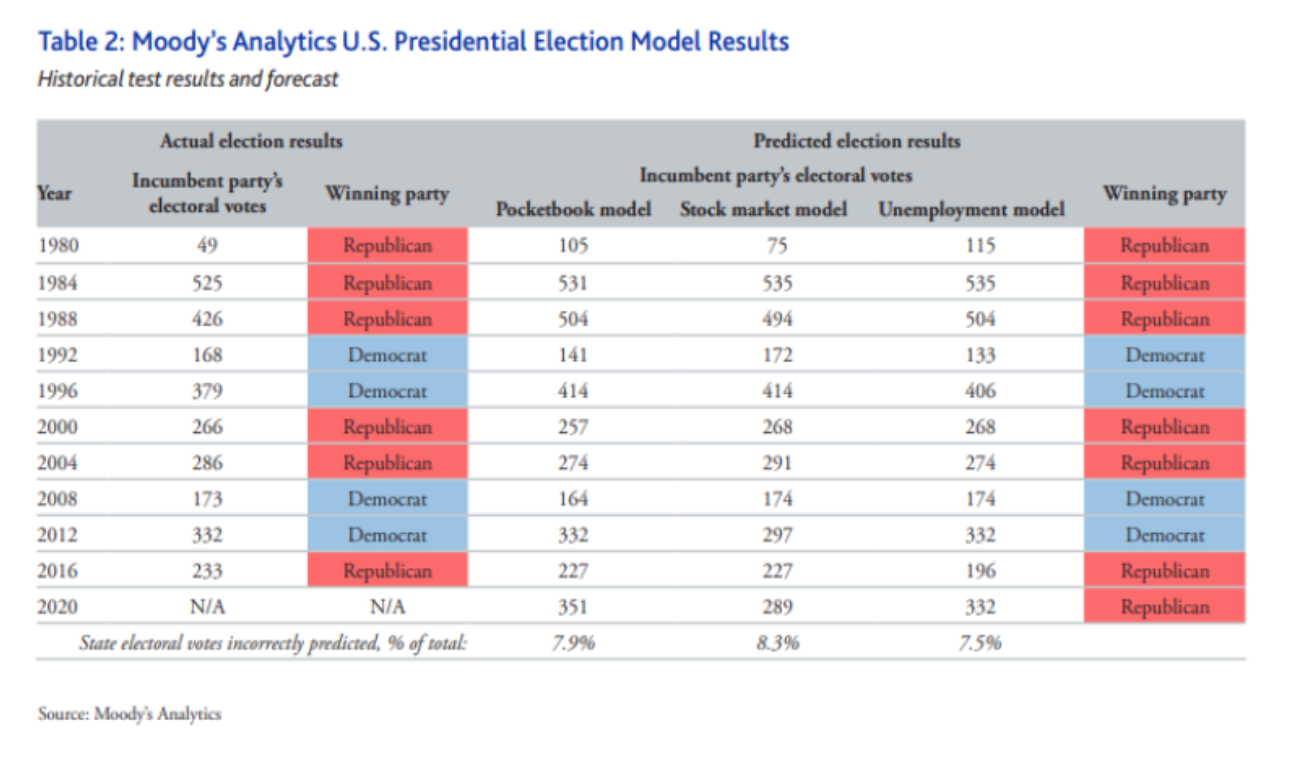 Not only is Trump projected to win a second term, the model also shows that he'll win by a landslide - even larger than the 304-227 margin in the 2016 election. The model takes into account how finances affect consumers' behavior, the performance of the stock market, and job prospects.

"Democrats can still win if they are able to turn out the vote at record levels, but, under normal turnout conditions, the president is projected to win," the authors wrote.

But in each of the three models Moody's uses to get its forecast, Trump gets at least 289 Electoral College votes. In the "pocketbook" model, which measures how Americans feel about their finances, Trump practically steamrolls his opponent and takes 351 electoral votes.

There's still plenty of time for things to change, but the model is surely one that shouldn't be taken lightly.