Even the biggest Hillary Clinton supporters are shaking their heads after the former Secretary of State's comments about Senator Al Franken. 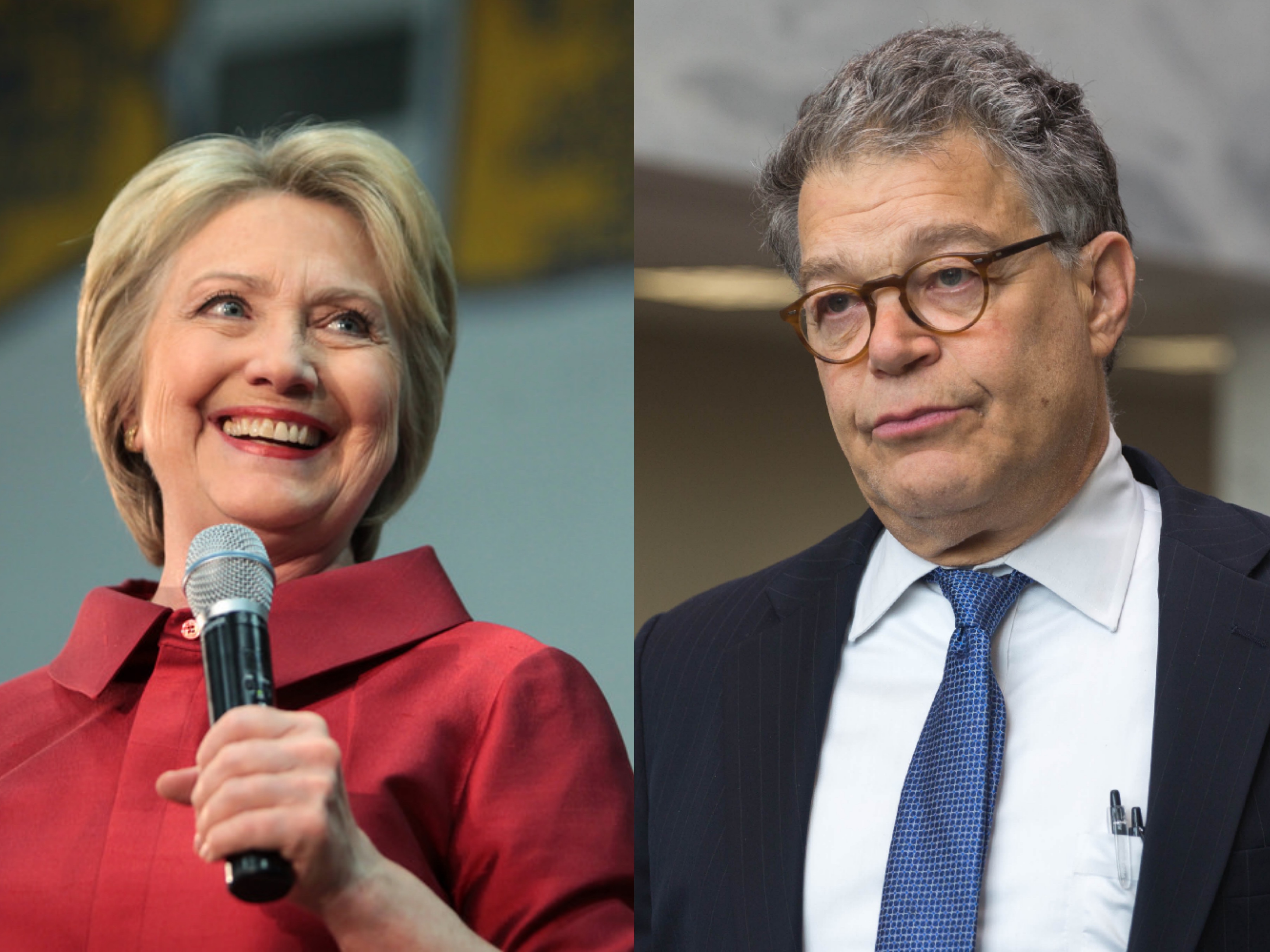 Franken recently admitted to forcibly groping and kissing a radio show host almost ten years ago. Before hitting Washington, the now 70-year-old Senator launched his career decades ago as a comedian on Saturday Night Live.

Leeann Tweeden told reporters that the assault happened in 2006 when she joined Franken for a USO show. Franken wrote a sketch that involved him kissing Tweeden. But, Al apparently wanted to practice a bit before heading out on stage which made Tweeden feel more than uncomfortable.

Franken "came at me, put his hand on the back of my head, mashed his lips against mine and aggressively stuck his tongue in my mouth."

"I immediately pushed him away with both of my hands against his chest and told him if he ever did that to me again I wouldn't be so nice about it the next time," said Tweeden. "I felt disgusted and violated," she noted.

Franken has since apologized twice for his inappropriate behavior. And now, Hillary Clinton is stepping out to defend him so she can antagonize Trump and GOP Senate nominee Roy Moore.

“Look at the contrast between Al Franken, accepting responsibility, apologizing, and Roy Moore and Donald Trump who have done neither,” Clinton said during an interview with WABC Radio’s Rita Cosby.

Both Donald and Moore have also had allegations come out in recent weeks but neither politician has released an apology. The White House has firmly stated that the difference between Franken and Trump is that Franken has admitted to the accusation. Moreover, Donald has nothing to admit to.

Clinton took her jabs at Donald, however, she ignored questions that arose about her own husband's many accusations of sexual assault.