Michelle Obama is starting to ramp up her appearances just before her book is set to come out. Of course, one of the hot topics throughout the memoir is her feelings towards the Trumps.

During an interview with NPR, Michelle was questioned about Melania Trump's Africa trip, particularly her comment that she is the most bullied person in the world. When asked if she could relate to Melania's feelings as First Lady, Michelle responded - "I can't." 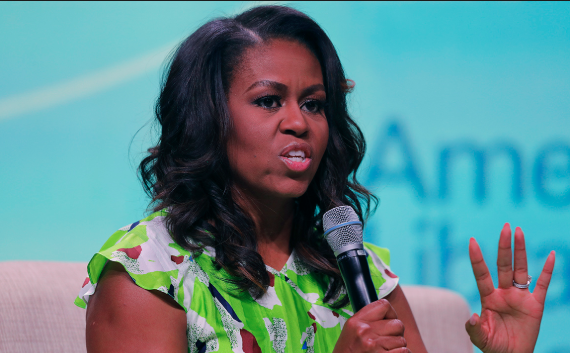 Michelle continued to note that she learned how to be humbled by military families in the U.S. "I would see the sacrifice that these families would make and the hardships that they would bare because they would have a loved one serving and dying and putting their life at risk," said Michelle.

“I admired them and it made me feel like, 'let me not complain out loud about anything that is happening to me’.”

Well, Michelle Obama can work her political language and phrase things however she wants. But, at the end of the interview, everyone knew what she was saying. She was telling Melania Trump to stop complaining. And, she was definitely holding herself to a pretty high standard.

We're sure that at some point in her eight years in Washington, Michelle felt bullied. And, she likely voiced her feelings to someone in the White House. Her and her husband we're just prone to hiding their feelings from the American public. The Trump's tell it like it is. Should they be criticized for being honest?

The Obama's played the political game just like every First Family before them. The Trump's aren't politicians and they don't seem like they're interested in playing any games with the media. Melania is arguably one of the most bullied people on the web. Nine out of ten headlines pertaining to the First Lady are negative. If Michelle or NPR don't believe this is so, then they should simply Google Melania one morning and see the evidence.