Melania Trump's close relationship with the world's most expensive designers has lead the Hollywood Reporter to investigate the potential conflicts of interest that line her closet.

America agrees that FLOTUS has celebrity status. So, does Melania accept free or borrowed clothing like the greedy celebs of Hollywood?! 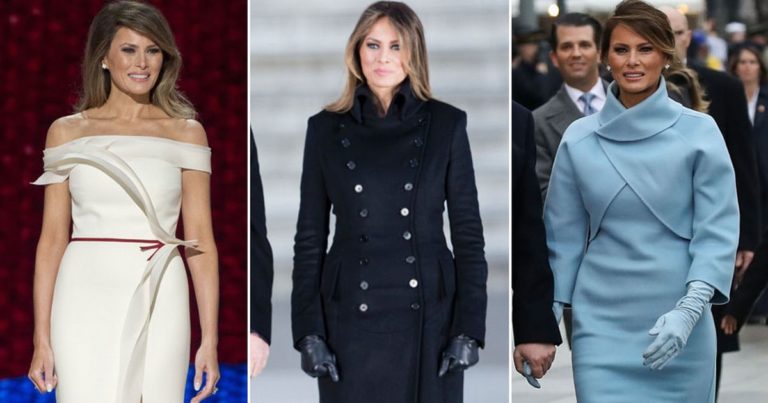 Phillip Bloch, a designer and friend of the Trump family has confirmed that Melania is in fact a dedicated buyer! Apparently, she even heads to the store. After the inauguration, Michael Kors released a statement saying, "Trump has been a longtime client at our New York boutique."

"Melania is buying, but she does not have limited options — she is married to a rich man and can buy whatever she wants!" says Bloch.

Burrowing clothing is considered a 'no, no' in the White House. There are various legal issues that come into play when a member of the government accepts gifts that could potentially look as bribes, so it's best for FLOTUS to just font the check. However, in 2014 Michelle Obama's team expressed that she could accept clothes that were then "stored by the National Archives.''

"As much as I loved that Michelle [Obama] mixed high and low and Kate [Middleton] does it too, Melania just isn’t that girl. She is going to wear that $9,000 sequin outfit to Congress. I admire her for buying clothes and I think Hollywood can take a note." added Bloch.

The fashion world will never forget when Jackie Kennedy first brought style into the White House in the 1960's with her iconic pillbox hats and stunning gowns. Since then, the office of the First Lady has had to deal with the pressures of keeping FLOTUS fresh and up with the latest fashion trends. Fortunately for Melania's team, our new first lady has been a fashion icon long before she stepped foot into the White House and she's not afraid to admit it!

SHARE if you're a fan of Melania's incredible collection!!