Donald Trump Jr.'s wife Vanessa has filed for divorce after 12 years of marriage. The couple was introduced by Donald's father back in 2003. Vanessa was starting a career in modeling while Donald Jr. was settling into his role as VP of the Trump Corporation. They married in 2005 at the infamous Trump Mar-a-Lago club in Palm Beach, FL and went on to have five children. 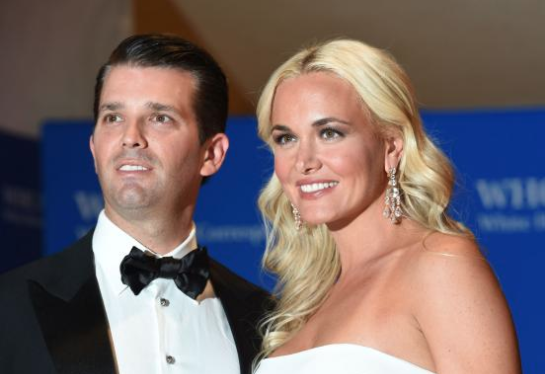 The couple released a joint statement saying “We will always have tremendous respect for each other and our families. We have five beautiful children together and they remain our top priority. We ask for your privacy during this time.”

Last month, Vanessa and her mother were hospitalized after the family received an envelope that contained white powder. After an investigation, the powder was identified as cornstarch and a Massachusetts man was arrested and charged with sending a threatening letter. Donald Jr. told his Twitter followers that “No one should ever have to deal with this kind of sickening behavior,”

Family and friends of the couple have told reporters that they were not shocked to hear the news. Still, some people are raising eyebrows after the news hit that Vanessa hired criminal defense lawyer David Feureisen.

Special counsel Robert Mueller has subpoenaed the Trump Organization asking for documents related to the corporation's connection to Russia. It's likely that Vanessa's decision to hire Feureisen is not connected to her divorce but rather her ties to the family company. Mrs. Trump definitely isn't taking any risks after dealing with threats from both the government and chaotic Trump haters.