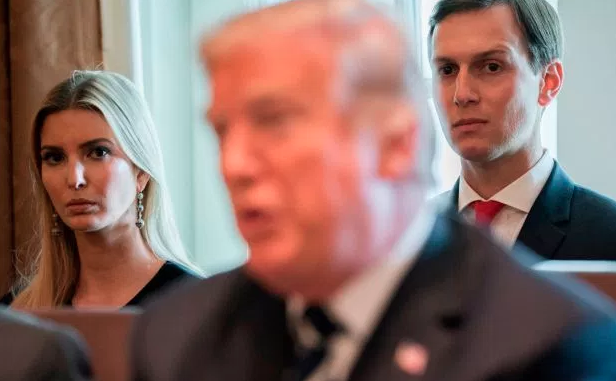 It's no secret that Donald Trump and the press DO NOT get along. Trump continually steps out in front of the microphone to defend his agenda, personality, and reputation. But, there's one topic that he rarely speaks about these days, family. Surprisingly, Donald hasn't spoken much about Ivanka in recent weeks. Why not? Some say that there's been a falling out.

The press has been continually attacking the First Daughter for not influencing her father's decisions and driving him to the center or left. Rumors are spreading that perhaps Ivanka tried to sway Donald early on and since then he's distanced himself from her. Judging by Trump's response this week, there is no lack of loyalty between the two.

Ivanka has made it clear that her devotion knows no bounds but she does draw the line and America needs to understand her position of balancing family with business.

“Where I disagree with my father, he knows it. And I express myself with total candor. Where I agree, I fully lean in and support the agenda,” she told CBS News. “To those critics, shy of turning my father into a liberal, I’d be a failure to them,” she added.

Her respect for the Office and her father has left her to deal with death threats, lost business deals, and protestors attacking her everywhere; including her front lawn!

Ivanka is now siding with her father's tax reform plan which will certainly egg on the liberal media. The First Daughter tweeted that she was involved in a “great discussion” about her father's plan that will “offer relief for working families & create economic opportunity for all Americans.”