Did She Just Say That? Ashley Judd Wants To Escape Trump By Moving To The Middle East

Like many Hollywood stars from days past, Ashley Judd's lack of roles has given her some time to become a liberal activist.

Judd stunned even the most liberal minds out there when she tweeted an article proclaiming that Middle Eastern countries had better women's rights than America. "The U.S. ranks 104th, behind countries like Burundi, Serbia and Iraq," Judd said in her post with a link to USA Today. 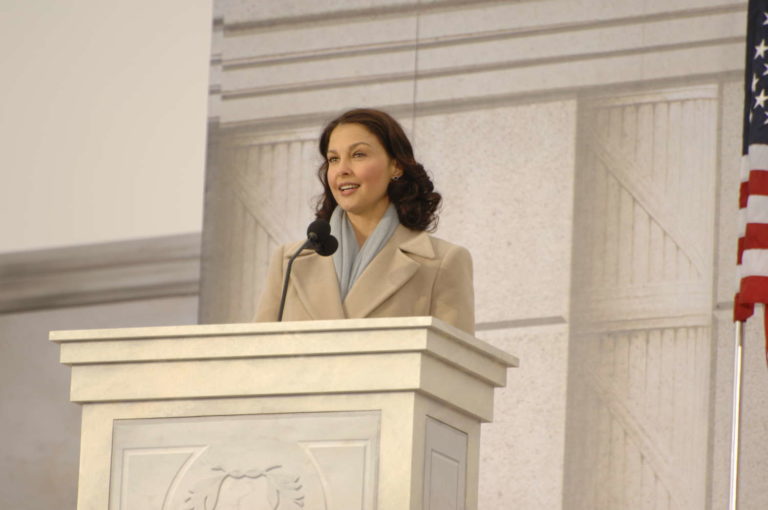 Has Ashley Judd ever been to the Middle East? Has she turned on the news or read a newspaper in the past thirty years? Celebrities being jealous of Canada is one thing, but defending countries that have long histories of brutality towards women is simply kooky, even for Hollywood.

Fortunately, Judd's tweet didn't go unnoticed. Even liberals came after the 90's star for her absurd comparison, some telling Ask to "take a reality pill." The article she cited claimed that countries like Rwanda and Vietnam had "have constitutionally guaranteed equal rights, but American women do not." It continued to argue that activists have fought for years to have our Equal Rights Amendment updated to fight harder for women.

Regardless of what our constitution says, it's laughable to compare the plight of women in Rwanda or even the Middle East to the U.S. Women certainly have issues in our nation, but they aren't forced to hide their faces or are subjected to public beatings like so many other nations.

Judd's statement is an insult to the people who are fighting to better equal rights in this country. In fact, her so called enemy Ivanka Trump and her father campaigned on bettering things like equal pay and increasing maternity leave. Some nations don't allow women to enter the workforce let alone get maternity leave.

Clearly, Judd has spent too much time marching for equal rights and not enough time researching her cause.

SHARE if you think Hollywood should start working with the government instead of jumping to conclusions and bashing our nation.