For years, NBC's "Today" has been one of the most successful morning shows on network tv. But, not everything can last forever. Former Fox host, Megyn Kelly has single-handedly destroyed the network's ratings. 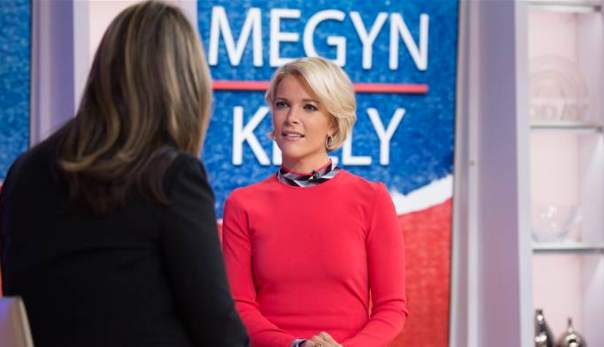 Kelly found a new home at NBC earlier this year after she left Fox for bigger and better things. Kelly gained an incredible following during the 2016 Presidential campaign by becoming one of the few Fox anchors who went toe-to-toe with Donald Trump.

Fox apparently became too conservative for Megyn who wanted to change up her image and swing more to the center. She launched Sunday Night With Kelly in June 2017 with Vladimir Putin as her first guest. From her very first episode, Kelly saw disturbingly low ratings that NBC heads could never have predicted.

In an attempt to boost her profile, NBC recently added Kelly to the "Today" lineup. Megyn was given her own segment of the morning show titled "Megyn Kelly Today." Just like her Sunday night program, the segment bombed. Actress Debra Messing and her co-stars of the sitcom "Will & Grace" came out and said that they regretted being Megyn's first guests on the show. Critics said that Kelly's ambitious personality comes off too "chilly" and even "awkward" at times.

According to a Page Six source, Kelly is dragging down "Today" and other NBC programs. “Not only are ratings plummeting since Megyn Kelly joined the ‘Today’ franchise, but the numbers show Kelly’s lead-in has also affected Kathie Lee [Gifford] and Hoda Kotb’s show, which follows straight afterward,” the source said.

Kelly’s segment of “Today” has driven the show down 32 percent compared to a year ago. “Kathie Lee & Hoda” is down 26 percent.

It looks like Kelly's is not much without Donald. Everyone loves a bit of controversy and the Trump vs. Kelly war was one for the record books. But, clearly, Megyn isn't going to be able to maintain her solo career.