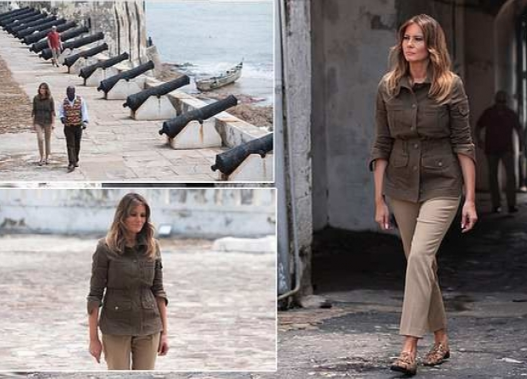 The First Lady is only a few days into her solo trip to Africa and she's already changed forever. Melania was reportedly left 'very emotional' following her hour long visit to a former slave holding facility in Ghana.

FLOTUS told reporters that the visit is something that she will "never forget." She was left stunned while walking the halls of the 17th century castle that was used to hold African slaves on their way to the new world.

"I will never forget (the) incredible experience and the stories I heard. The dungeons that I saw, it's really something that people should see and experience," she said moments after her tour.

The First Lady's choice to use the word "dungeons" shows just how affected she was following the experience. She spent ten minutes in the dark underground cells where slaves where packed before heading through the "Door of No Return." In 2009, President Obama said that the castle is a reminder "the capacity of human beings to commit great evil." 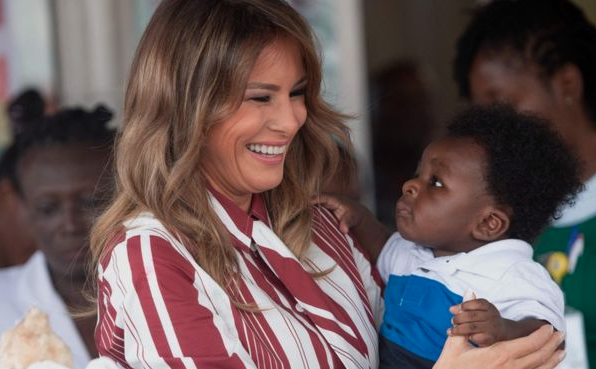 Her stop in Ghana is the first of many as she travels to Kenya, Malawi and Egypt. The trip is part of the East Wing's 'Be Best' campaign that is focusing on the health and welfare of children around the world. It's focusing on various issues that hinder child development including bullying, opioid addiction, and medical treatments. FLOTUS's first stop was to Accra's Ridge Hospital where she observed infant health examinations as part of a US-Aid project to promote nutrition in children. Melania tweeted that her Be Best campaign has now officially gone, "international".

Melania's Communications Director Stephanie Grisham said, "She [Melania] is interested in Africa because she has never been before and knows that each country will have its own unique history and culture."

While visiting the region, Melania will also act as the face of the United States efforts to improve early-childhood education, wildlife conservation, and HIV prevention.