Melania Trump Caught Up In Another Coat Scandal - Is This The End?

First Lady Melania Trump is caught up in another coat debacle. FLOTUS fans are hoping that this will be the first and last one of the season. But, with winter knocking at the door, we may be in-store for an entire closet full of controversies.

This is the third case where the press has attacked the fashionista for wearing a pricey coat out on the town. And, the media has added a bit of heat to this one. This time, they're also critiquing FLOTUS for her style choice, which is rarely an issue for the well-known fashion goddess. 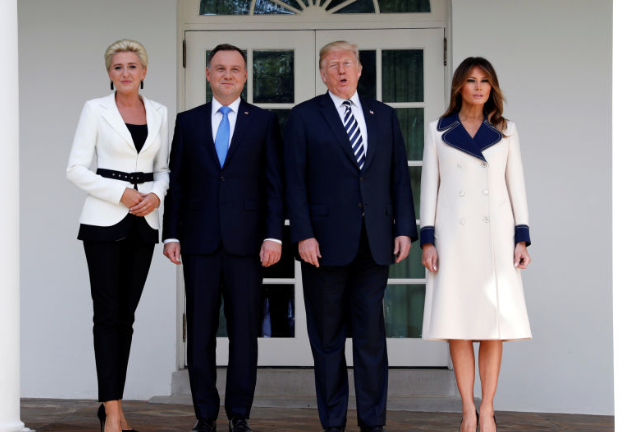 FLOTUS chose a heavy wool coat from Gucci that set her back a whopping $4,000. She sported the winter coat in 80 degree weather to greet Polish president Andrzej Duda and his wife Agata at the White House. Twitter almost ignored the price of the coat and concentrated mostly on the First Lady's decision to bare the heat on the south lawn AND inside the White House.

"A @FLOTUS Hostess Tip: No thing make guest feel the welcomes like when you leave heavy coat on all time in the doors, even to eat the foods. #NoMushroomOnMenuEver" one troll tweeted at FLOTUS.

InStyle even joked that Melania looked like the "wicked witch of the west (wing)" who should have been screaming, "I'm melting!"

There's no denying that Melania Trump looks absolutely stunning in the coat. Sure, she may have jumped the gun on the fall season. Still, even when FLOTUS looks a bit uncomfortable, her natural beauty is hard to miss! 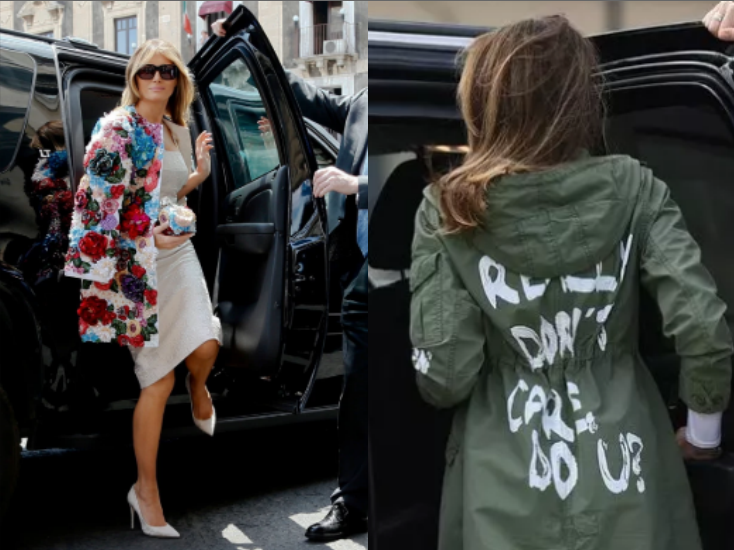 The first coat attack hit way back in May of 2017 when she wore a $51,000 floral jacket to the G-7 summit. And, of course, no one can forget the famous "I really don't care, do you?" jacket worn ahead of her trip to the Mexico border.

Dutchess Kate Middleton suffered the same scrutiny last year when she wore a winter coat indoors because it's considered "unladylike" to strip down. Maybe FLOTUS is taking some notes from the royals.