The new year has started and Melania Trump is already under attack for absolutely NO reason! FLOTUS shared a selfie on her twitter and instagram accounts wishing her followers a happy new year. The picture shows Melania smiling next to a boy whose face is cut off; though he is suspected to be her 12-year-old son, Barron. 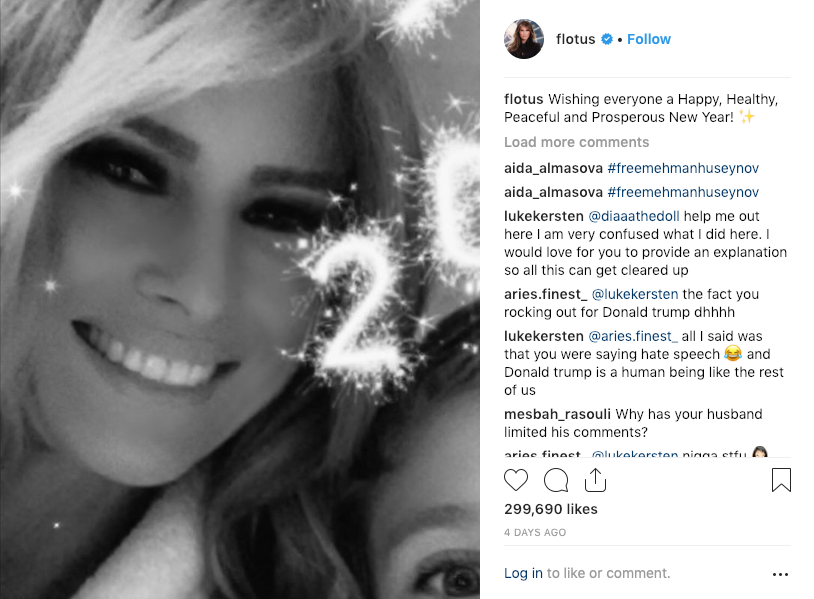 Her photo was simple, honest, and festive. Yet, internet trolls refused to let it slip by. Arguments erupted in the comments section questioning the First Lady's intentions in 2019. Twitter users asked her how she is planning to stop her husband from being the "biggest bully" on the internet.

One user shared this photo claiming that Melania is the "Most Worthless First Lady In American History." 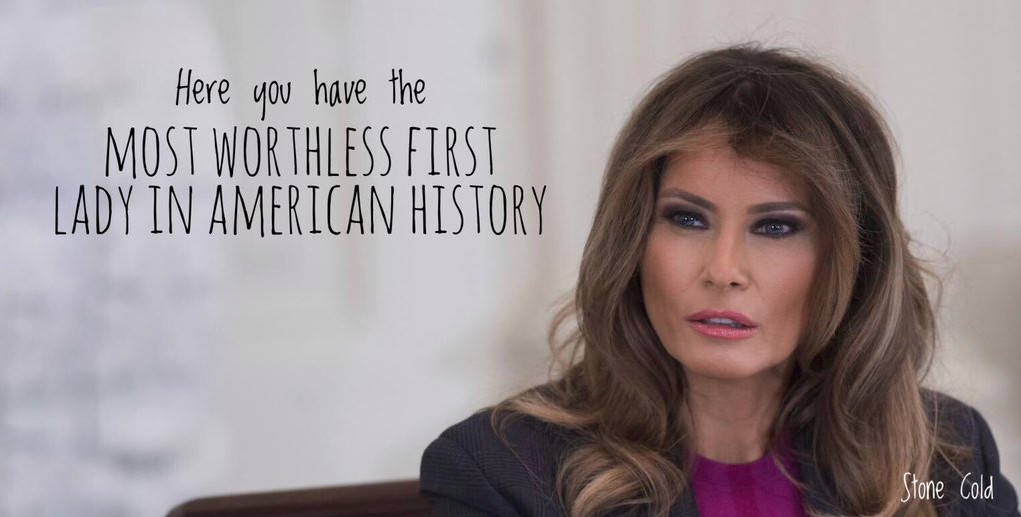 Melania's seflie was the first the world had since last Christmas when she shared her infamous Santa Hat picture which one person called, “Incredibly tacky and an insult to the position of First Lady. #embarrassing #trumpban.”

It's no wonder that FLOTUS has kept her posts so far from eachother.