Former Clinton supporter, Ellen DeGeneres sat down with Today's Matt Lauer to explain why the President of the free world is not welcome on her program.

Ellen's remark is being called a "no-holds-barred opinion" that seemed to shock many of her viewers around the nation. She's certainly known for being brash at times, but taking on the President is quite a bold move for any celebrity. 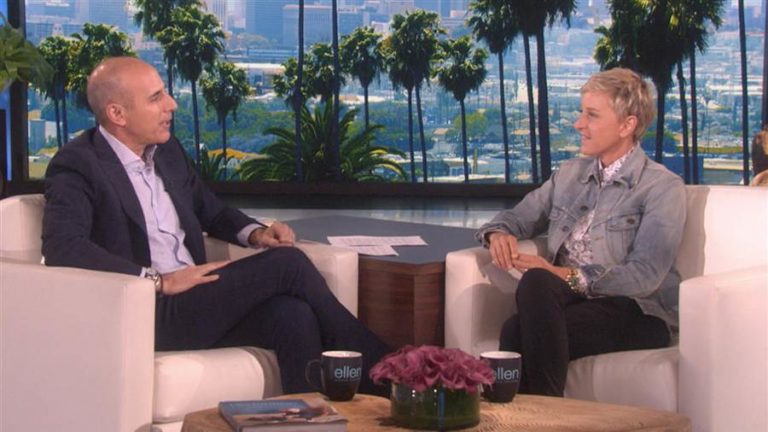 When Lauer asked DeGeneres if she'd be willing to have Trump on her show she answered with a quick and stirn, "No."

"Because I'm not going to change his mind. He's against everything that I stand for. We need to look at someone else who looks different than us and believes in something that we don't believe in and still accept them and still let them have their rights," she continued.

It's understood that Ellen takes issue with how the media has represented Trump's views on things such as gay rights and equality. Fake news has certainly not helped the war between Trump and liberal Hollywood. However, some voters are starting to get tired of the immediate Trump dismissals. The President has made it very clear that he is willing to sit down with just about anyone who is willing to chat with him. In fact, he's received backlash for suggesting he meet with North Korea and Russia to try and settle their disputes with the U.S.; a task that other Presidents have been too timid to attempt.

Ellen followed up her claim by saying, "I don't know him."

"I mean, I know him from 'Celebrity Apprentice,' because when we first started the show -- I think season 1 or 2 -- we went out there and we filmed something with him. So, I flew in his helicopter and I did a bit with him, so I knew him then...I have not spoken to him since he's run for president or become president."

If Ellen doesn't know Trump then why is she so quick to dismiss him? As a TV host and formidable representative of the liberal community she should want to sit down with Donald and really hear him out. Since entering the White House, many foreign leaders who have previously quarrelled with America have started to change their tune. His renewed relationship with China has been applauded by business owners and the military who are worried about their ties to Kim Jon Un.

It's doubtful that Trump will address Ellen's comments. Still, her attacks and similar attacks made by hosts like Stephen Colbert of the Tonight Show shouldn't be ignored. They have massive audiences who harp on their every word. What happened to the patriotic days of the past when Americans were proud of their President? It's only been a few months into the Trump administration and these people won't even give him a chance. It's time to make a change and start supporting the President no matter which party you're loyal to.

SHARE if you think the media should start giving Trump the break he deserves!